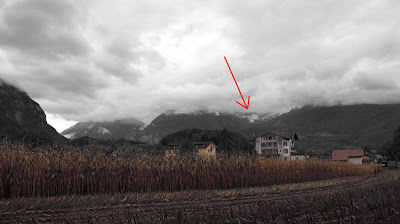 During a very lovely polo tournement in the alpine villge of Bex some acheologues found the probably oldest bike polo player in history! The location of the discovery of the rests from a dead polo player's body was just some hundred meters above the mentionned mountain village (see the arrow on the picture). It seems that the discovered subject was part of decadent civilisation located in the swiss alps. The skeletal remains were fount on the bottom of an abandonned swimming pool. 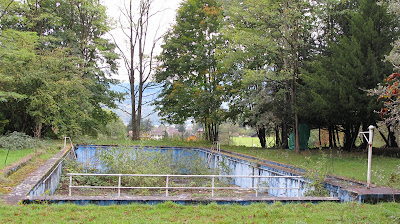 The scientists identified the found individual clearly as a "bike-polo playing creature". 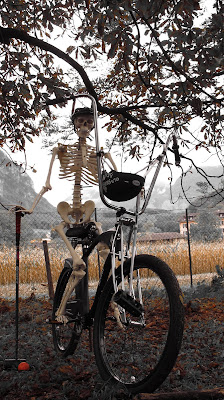 This thesis was proved by the very distinctive features found in the proximity of the subject. So he had still a cigaret in his mouth and he was also wearing a helmet. 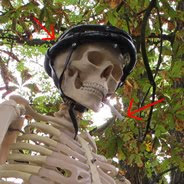 The scientists could not clearly identify the cause of his death. Probably his was involved in a heavy crash or he consumed to much drugs or his death was the consequence of the connexion of the former mentionned reasons.
Publié par Poloman à 17:58 3 commentaires: